The moral panic surrounding everything that queer people do is nothing new. Now the laser focus has turned to kink being at Pride as we’re rolling into Pride Month. Does kink have a place at Pride? Let’s talk about it.

CW: Queer history is not light and fluffy. There are going to be mentions of riots, discrimination, violence, and murder.

First things first. We’re going to break down some terms and history so that everyone has a foundational knowledge as we meander through this post.

Gay/LGBT Pride is the “promotion of the self-affirmation, dignity, equality, and increased visibility of LGBT people as a social group.” (https://en.wikipedia.org/wiki/Gay_pride)

What is Pride Month?

Pride month in the United States commemorates the Stonewall Riots that took place in New York City on June 28, 1969.

Pride events in each country may line up with the American Pride or they may align with their own country’s milestones in queer rights.

Today, Pride events have a wide range of expressions, from reserved and solemn, to rainbow street parties. Whatever form it takes there is the regular reminder to push people to contemplate the past with the term “the first Pride was a riot”. 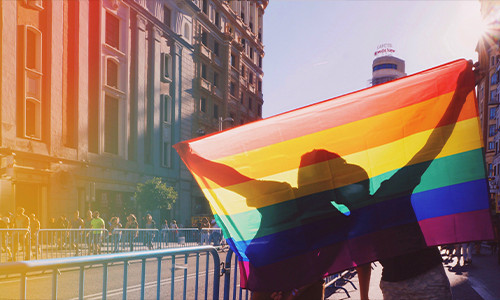 Pride has been the push for equality, forcing visibility in a world that would prefer queer people were silent and never kicked up a fuss about the rights that have been and continue to be denied them. 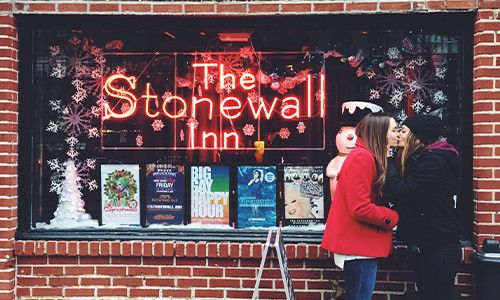 I’m a Canadian author so you’re getting some Canadian history here too.

Canada decriminalized homosexual acts between consenting adults on May 14, 1969 and it received royal assent (ceremonial approval of the Queen) on June 27th, the day before the Stonewall Riots. Canada’s own protests to abolish LGBT discrimination kicked off in 1971 and pushed into the gay liberation movement by 1973, which is also when the first Pride parade was held in Vancouver. 1973 is also the year that homosexuality gets removed from the DSM (Diagnostic and Statistics Manual of Mental Disorders).

There were protests and riots for decades afterward in the push for gay rights. Finally, in 2005, Canada passed into law the allowance of queer marriage.

We’re lucky in Canada. There are 195 countries in the world today according to Google. 70 of those have laws that make it illegal to be queer, 166 do not allow same-sex marriage, and 13 have the death penalty for gay people.

Why Are People Mad About Kink At Pride?

The moral panic (fear over a perceived threat to the societal values of the day) of kink at Pride comes with the pearl-clutching and yelling “won’t someone please think of the children?!”

Do these people scream about tits at Mardi Gras? Do they take to their fainting couches over the beach (especially *gasp* nude beaches)? What about the World Naked Bike Ride? Or do they reserve their vitriol for the queer folks wearing leather at a Pride event?

A few things that have caused moral panic over the last century: jazz music, video games, rock and roll, dogs, and Dungeons & Dragons.

There have been some actual dangerous things that have caused moral panics too, but the thing here is that a lot of the time moral panics get people killed. 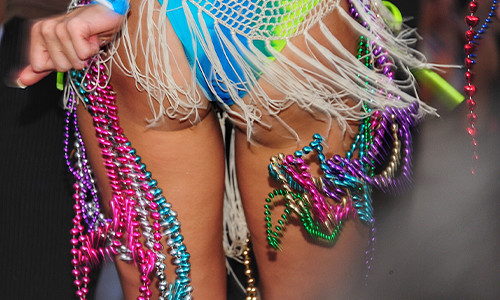 Moral panic about human trafficking led to a pushback against sex workers and made it more dangerous for them to work safely. Moral panic over AIDS and the puritanical idea that “sinners” were being punished for their sins led to the death of millions. Puritanical policies and reactions get people murdered, let people die, and make the world a more dangerous place for vulnerable populations.

You cannot pussyfoot around those facts.

For many people their kinks reflect not only their identities but also their communities. For example, the history of leather as a gay subculture dates back to the 1940’s. In a puritanical culture that hated queer folk, many people were shunned by their biological families, lost their jobs, and had to rely on their queer and kink found families to survive. Kink has been part of Pride events, from riots to protests to parties, from the beginning.

Queer rights are not something that just come into existence and are safe forever. They have to be fought for and safeguarded. Did you know that in 1922 the USSR decriminalized homosexuality? Yet, today in that same region of the world queer men have been systematically murdered, are denied legal protections, and according to surveys most Russians don’t believe queer people should be accepted by society. In 1813 Bavaria abolished their laws criminalizing homosexuality. Fast forward to 1937 and the pink triangle is being applied to queer men in concentration camps. Things can go backwards. They have in many places. Queer people need their communities to survive. They need us to fight.

If someone is pearl-clutching about a gimp suit at Pride they’re worrying about the wrong fucking thing.

“No one wants to see that!” 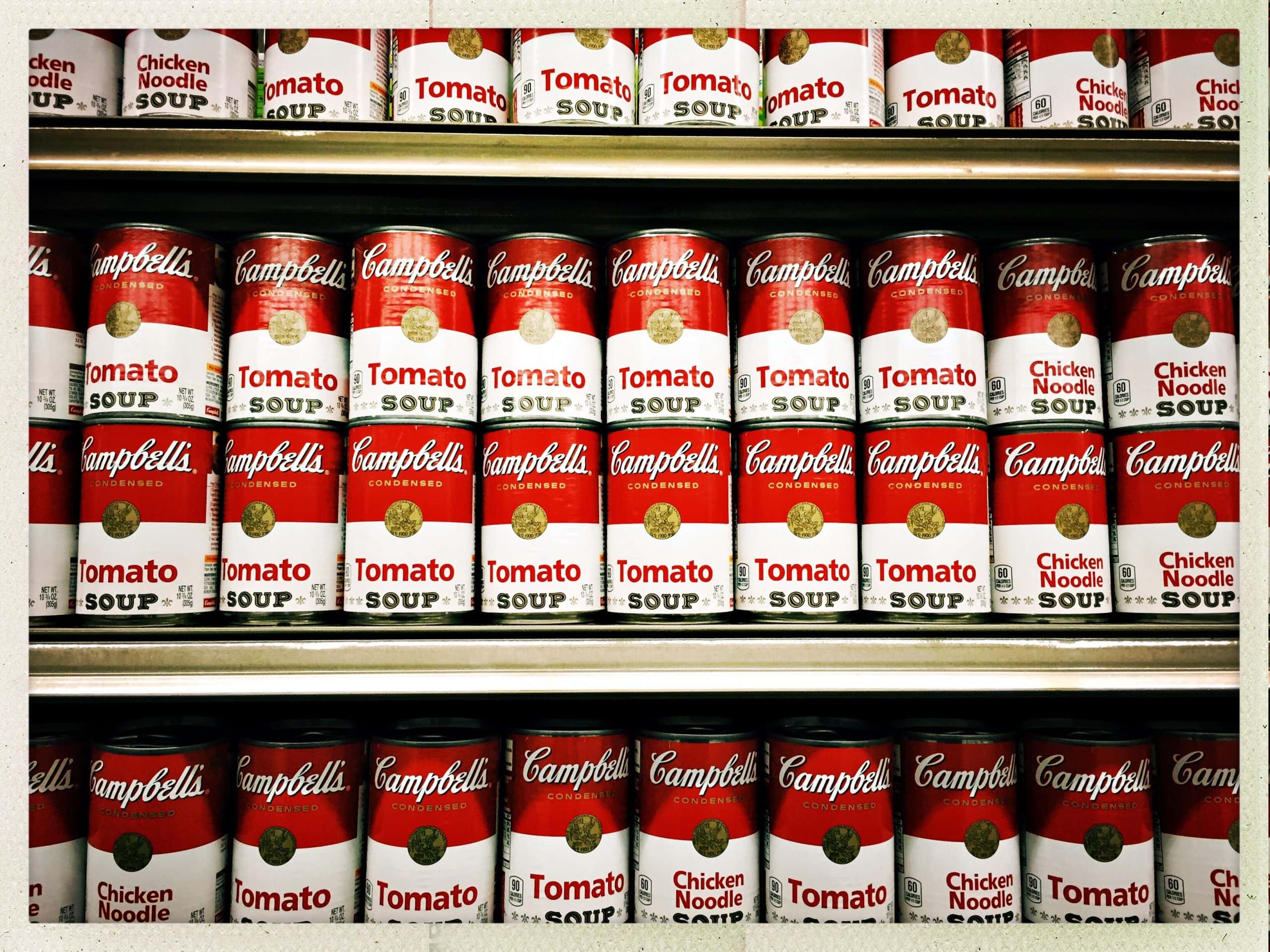 These words make me want to throw hands. This mentality of sit down, shut up, and stay in your corner, is really shitty. It’s used against all sorts of people, but, particularly in the context of this post, it has been LOUDLY used against queer people. Queer folk cannot exist without someone being upset. Hell, Campbell’s Soup experienced some lady go on a tirade about butt sex because they featured gay fathers in a soup ad. Allocishet* people see queer people and their brains swerve to sex. That sounds like a them problem. Too bad they insist on making it a problem for everyone else. Queer people are hated whether we are quiet or loud, so we might as well live our truths at full volume.

Back in my teen years I expressed these awful words. I didn’t know I was queer myself, and I was deeply uncomfortable with anything to do with sexuality. I had no concept of why marriage was important to queer people, why fetish clubs, etc. existed, and I’d have preferred to just never think about it. It was a me problem, and I don’t think that way anymore, because your girl has grown as a human being. If you are reading this and you thought the way teen me did, it’s not too late for you to grow as well.

Don’t make your discomfort a problem for other people when they’re not doing anything except existing.

*Allocishet: short for allosexual (not asexual), cisgender (not transgender), heterosexual.

Make no mistake, if you are not aware of the existence of something, you cannot fight for its protection. The idea of “no one wants to see that” wants queer people to be invisible. If you are invisible you are not you. You can’t fight for your rights or the rights of others, you can’t demand that laws protect you, you can’t educate the world on your existence, and you can’t show others like you that they’re not alone.

When we discuss optics in relation to the queer community it’s often because people are pushing for the community to quietly conform to the allocishet society. It carries the undertones of “if we blend in we’ll be accepted”. Being closeted is also blending in to be accepted. It’s not a way people should have to live. Running around in bondage gear might “look bad” to some people, but we’re also regularly fighting for the protection and acceptance of all people in vulnerable groups and not just the ones who smile, nod, and sit quietly.

What freaks people out about fetish wear and people expressing that they have a kink in public? A lot of the arguments I’ve seen boil down to “I don’t want to have to talk to my child.” Well, sorry, but when you became a parent you kinda signed on to help your child learn about and understand the world. If your kid sees a gimp suit just tell them it’s a fun costume some people like to wear. If they see drag queens tell them some people like to dress as other genders. If they see men kissing each other, tell your kids that men can love men and go on with your day. Kids don’t need an in depth explanation of kink. There are family friendly Pride events in a lot of places, or events that cater to children. If people are worried their child’s wee mind is going to be insta-corrupted by seeing a rope harness then they should reconsider taking them to Pride to begin with. I didn’t go to my first Pride until I was 30 and I can tell you that I am a kinky person despite that. In fact, the origin of like 90% of my kinks originate in cartoons, movies, and anime I watched as a kid. If you’re going to develop a kink it won’t matter if you saw someone in head to toe latex at Pride or if you saw Hexadecimal in Reboot or watched the X-men. 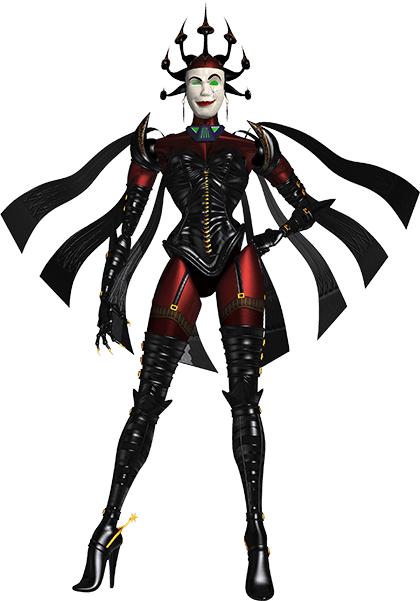 Queer history, identity, and expression cannot be quiet. Kink has always been part of Pride. If someone is uncomfortable with Pride events then they should reconsider attending and put their energy into creating a world so wonderful and accepting that we no longer have the need to be proud of our queerness.

Thanks for reading! And thank you to my Patrons for requesting this topic! If you’d like the opportunity to suggest a blog topic you can join my Patreon and earn my eternal gratitude 😀